In 1829, Fr. Thomas Palackal and Fr. Thomas Porukara had the great desire to spend the rest of their lives in prayer and meditation. They sought permission from their Ordinary, Bishop Maurillius Stabilini of the Vicariate Apostolic of Verapoly in Kerala to retire to a quiet place. But their bishop had something else in mind. He advised them to found a religious house so that they could do some necessary work for the Church in Kerala. Both Fr. Palackal and Fr. Porukara thought it was a great idea. In their zeal, the two priests then formed a challenging vision of providing spiritual leadership and fostering unity and growth in the Kerala Church. St. Kuriakose Elias Chavara, who was a disciple of both at that time, shared in their enthusiasm for starting a religious community. Other priests and clerics joined the Founding Fathers, and thus a small religious community took shape.

On May 11, 1831, their cherished dream of a religious house was actualized. A small religious community was founded on the beautiful hill of Mannanam, near Kottayam, in Kerala State, India.

On 8 December 1855, the religious Congregation was canonically approved and the first eleven fathers made their religious profession. St. Chavara, the only surviving founder, was appointed the first superior of the Congregation.

From the very beginning, the religious life in the congregation was rooted in the Indian, Oriental and Carmelite spiritual traditions. Being contemplatives in action, the Congregation engaged itself in activities the Church in Kerala needed at that particular time. It made great strides in the spiritual renovation of the Syro-Malabar Church. Under St. Kuriakose Elias’ leadership, it preached retreats for priests and people, established seminaries for the formation of the clergy, educated the youth, empowered women, built a publishing house for disseminating Christian literature; laboured for the reunion of separated brethren, engaged in works of mercy, and started charitable institutions like a house for the dying and destitute.

With time, the C.M.I Congregation opened itself up to a higher dimension of work as local churches in Malabar and beyond the boundaries of Kerala were entrusted to its care. In 1962 Chanda was handed over to the Congregation and since then New Mission Dioceses and Regions were erected in Central and North India.

There are now four dioceses in North India and one in the South entrusted to the Congregation namely: Viz, Chanda,  Jagdalpur, Bijnor, Rajkot and Adilabad. These five dioceses are headed by CMI Bishops. This was indeed a milestone in the progress of the CMI missions and an abiding evidence of recognition by the Apostolic See.

Since the C.M.I. community has grown tremendously, for the sake of administration, the congregation has divided itself into 15 Provinces that function under the guidance of a Provincial and councillors. While most of the members of the congregation minister to the needs of the people in India, some serve in different countries of Africa, Europe, South America, Papua New Guinea, Madagascar, the United States, Canada and Australia. 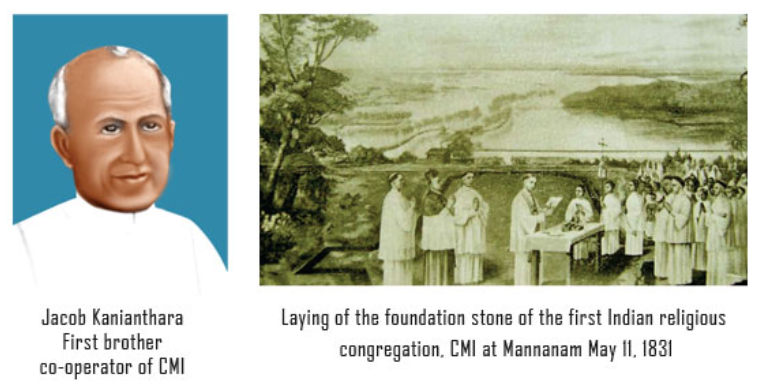