“Adieu”, a farewell programme for this year’s retirees, was conducted on 20th March 2021. It was graced with the presence of Fr. Biju Joseph Chakkalayil CMI, Manager of Devagiri Institutions, as chief guest of the day.

On the occasion, three students were also honoured for their outstanding performance in academics, performing arts, and sports, respectively:

Siddharth M Nair secured the 3rd rank in the AISSE 2020 National level and 1st in the State with a score of 99.4%. He scored 100% in Hindi, Science and Social Science. Sreya Jayadeep of class X won the Global Child Prodigy Award in 2020 and Radio Mirchi Music Awards 2021. She has, so far, received about 25 awards including Kerala State Film Award. Vasudevan Deepak also of class X won 6 gold medals in the District Rifle shooting championship, has set State Record in 50 metres Free Rifle Prone Junior with 590 points and received a Gold medal in the State Championship. He has also won a Gold medal in Junior men and a Silver in men categories in the South Zone Rifle Shooting Championship 2021.

The programme culminated with a sumptuous lunch in the school canteen 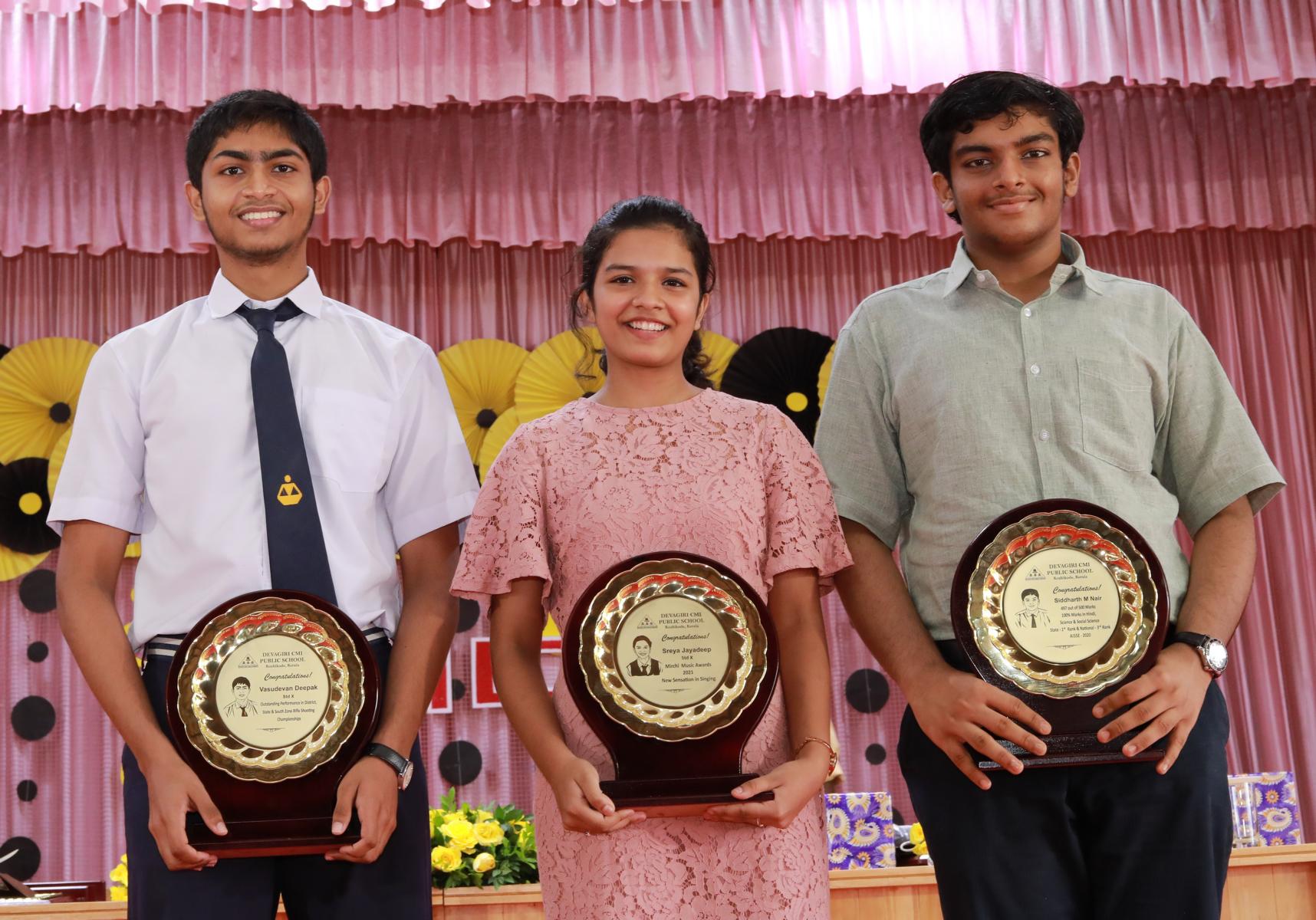